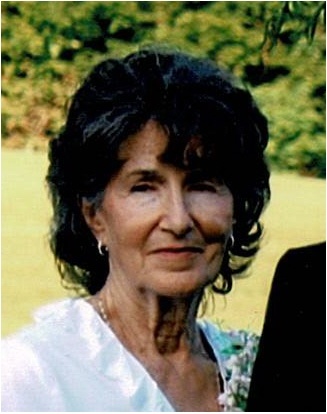 Wilma Lee Sally, 86, of Clayton, passed away January 9, 2022, at 11:35 a.m. peacefully with her family.
Wilma was born on December 15, 1935, in Camp Point, IL. She was the daughter of Oren and Dora Lauderback Knight. She married Monte Dick Sally on March 10, 1953. He preceded her in death on October 18, 1980.
Wilma went to school in Camp Point, IL. She married young and started her large family and was focused on caring for them. She later received her GED after the kids went off on their own. Wilma worked off and on in her early years at Motorola, Davis and Cleaver, and later at Timberpoint Nursing Home in the laundry room. She spent many years of hard work keeping the residents fresh and clean. It was a hot and hard-labored job.
Wilma wasn't afraid of work and raised eight children who were always fed and cleanly dressed along with a well-kept home. Wilma loved to bowl and bowled with her daughters for many years. She also liked to garden along with some canning.
Wilma loved fitness and would work out while watching Jack LaLanne to keep her mind and body fit. She walked every day in later years when the kids were grown no matter the weather. In her early years, she enjoyed singing harmony with her kids. Music was something she enjoyed doing in her spare time with family and friends. She passed her love of music on to her children. Wilma spent many hours working on crosswords puzzles and enjoyed playing cards. She was a very private person and obedient to her passions. She will be truly missed by her family.
Survivors include two sons, Rocky (April) Sally, of Barry, IL., and Monte (Annette Smith) Sally of Clayton, IL; five daughters, Cindy (Joel) Palmer of Quincy, IL, Monica (Bob) Smith of Burlington, IA, Cheryl Bartelt of Peoria, IL, Teresa (Anthony W.) McMullen of Coatsburg, IL, and Tina (Daren) Herman of Quincy; 25 grandchildren, Monte Lee Sally, Joseph L. Rankin, Melissa C. Rankin, Jesse J. Rankin, Avril L. Leonard, Lacie L. Fee, Amanda L. Hoskins, Joshua A. Sally, Larissa Smith, Timothy Shear the 2nd, Chay Shear, Christine Shear, Ezekiel Shear, Anthony L. McMullen, Katie L. McMullen, Emily McMullen, Brent Crooks, Mathew Wallis, Justin Wallis, Miah Sally, Collin Sally, and Tanner McMullen; 19 great-grandchildren; and 1 great-great granddaughter.
Wilma was also survived by her sisters-in-law, Ethel Knight of Cordova, IL, Leah Knight of Palmyra, MO, Wilma Huffman of Quincy, Zada Brown of Payson, IL, and Sheila Hankins of Payson; and a brother in law, Chester Brown of Payson.
She was preceded in death by her parents; father and mother in law, Thomas and Nina Davis Sally; husband, Monte D. Sally, daughter, Debra Sally Feight, her sister, Imogene Winfield; sisters in law, Maxine Sally, Larretta Sally, Monetta Nye, Marge Sally, and Janet Sally; and brothers, Delbert L. (Joe) Knight, William Gerald Knight, and Richard Knight; and brothers in law, Merl Sally, Rodney Sally, Ken Weir, Robert Winfield, and Tommy Sally.
A mother's love is alive forever. In the lessons she taught, the patience she gave, and in the hearts of children she raised.
Funeral services will be held Thursday at noon at the Lummis Hamilton Funeral Home in Camp Point by Rev. Patricia Reep. Burial will follow at Evergreen Cemetery in Camp Point.
Visitation will be held Thursday morning from 11:00 a.m. until the time of services at the Lummis Hamilton Funeral Home in Camp Point.
Memorials may be made to the family.
Online condolences may be left at www.hamiltonfuneralhomes.net.

To order memorial trees or send flowers to the family in memory of Wilma Sally, please visit our flower store.