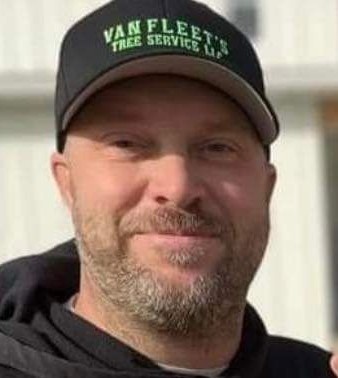 Our beloved son, grandson, brother, uncle, cousin, and friend, Terry Michael Lierly, passed away unexpectedly as a result of an auto accident on January 20, 2022, at the age of 41. Terry was born on July 20, 1980, in Quincy, IL. Terry was the son of Gerald Lierly (Cindy) and Sherry (Flint) Lierly (Rick Hoffman).

Terry’s caring spirit and generous heart could be felt by anyone he met. He had a special gift of not only seeing the good in people but bringing out the best in them as well. He cherished all the friendships he gained throughout the years from all his activities. At a young age, Terry was active in sports. From little league to little people’s golf tournament to competing at state in wrestling. As an adult, he was a big fan of the Oakland Raiders, New York Mets, the Fighting Illini, and a supporter of the CSE girls’ basketball team and the CHS girls softball team. He enjoyed playing golf and bowling. He loved many outdoor activities such as bass fishing, hunting deer and mushrooms, and riding side by sides down the Mc Gee Creek. He loved playing pool from the surrounding pools leagues that led to a trip to Las Vegas. Most recently found a passion for playing bags and traveling to tournaments.

The sport that he loved the most was demolition derby. From a young age, it started with hot wheels cars to aluminum cans that led to smashing bicycles. As a teenager, he started helping build derby cars with his brothers and brother-in-law. He did this for years and finally, in 2017 he decided to get behind the wheel. In the following years, number “9” had numerous successes with many wins and top finishes with family and friends cheering him all the way. His last run ended with a finish of 1st, 2nd, and 3rd with his brother and brother-in-law. He was looking forward to the 2022 season running a show with his two brothers, brother-in-law, and friends.

Terry had one of the most competitive spirits but stayed humble while competing in his numerous sports. Terry had a special place in his heart for his nieces whom he loved dearly.

Terry has always been employed by family businesses. His first employment was with his father’s business Lierly’s Tire. For the past 15 years, he was employed at his brother’s business JL Scrap Metals as a Manager and heavy equipment operator.

He was preceded in death by his maternal grandfather, Virgil Flint; and his paternal grandparents, Gerald Otis and Ruth Lierly.

Funeral Services will be held at 10:00 a.m. Wednesday, January 26 at the St. Peters Lutheran Church in Coatsburg by Pastor Patricia Reep. Burial will follow at South Side Cemetery, Clayton.

Visitation will be held from 4:00 p.m. until 8:00 p.m. Tuesday at the St. Peter's Lutheran Church in Coatsburg.

To order memorial trees or send flowers to the family in memory of Terry M Lierly, please visit our flower store.