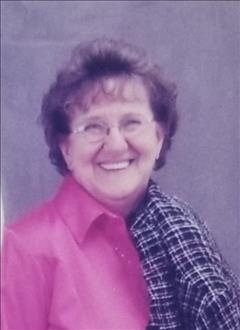 Suzanne was born on June 30, 1942 in Batavia, New York to Cleland Henry and Ethel Dora (Weatherlee) Tinkham. She married Gerald R. Wallace on October 17, 1970 in Alameda, California and she was a successful Homemaker who supported her husband's military career by raising three strong successful woman.

She is preceded in death by her husband, Gerald R. Wallace; her sister, Pat Burns; and her parents.

Graveside services will be held Saturday morning at 10:00 a.m. at Immanuel Lutheran Cemetery in Golden, IL.

Visitation will be held Friday evening from 5:00 p.m. until 7:00 p.m. at the Hamilton Funeral Home in Clayton, IL.

The Hamilton Funeral Home in Clayton is handling the local arrangements.

To order memorial trees or send flowers to the family in memory of Suzanne Wallace, please visit our flower store.