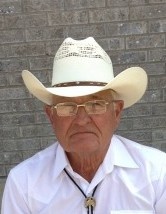 Born December 16, 1941 in Adams County, Rudie was the only son of Herbert and Helen Eber Hendricks. He married June Mellon on October 19, 1963 in Liberty.  She survives.

Rudie worked as a farmer and horseman all his life. He worked as a farrier for many years and manufactured racehorse shoes.  He and June owned and operated Hendricks Standardbred Farm, raising and breeding Standardbred racehorses for over 35 years.  Rudie enjoyed hunting and fishing, woodworking, dancing, and farming small acreage, as well as operating a horse and carriage service for numerous events throughout the area.  His good-natured orneriness will be missed by all who knew him.

Survivors in addition to his wife are his daughter, Nancy (Terry) Hill of Camp Point; his granddaughter, Jennifer Hill of Quincy; a sister-in-law, Connie (Monroe) Franklin of Quincy; a niece, Cindy (Brian) Deason of Anthem, AZ; and a nephew, Mike (Susie) Winfield of Fishhook, IL.

He was preceded in death by his parents, many beloved aunts and uncles, and a sister-in-law, Brenda Winfield.

Memorial contributions may be made to Blessing Hospice or Ellington Memorial Presbyterian Church.

To order memorial trees or send flowers to the family in memory of Rudie Hendricks, please visit our flower store.