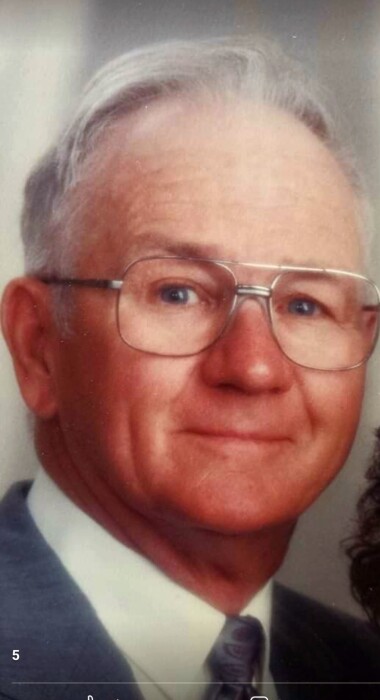 Ralph "Marlyn" Wickert, 92, of Plymouth, IL, departed for his eternal home with our Lord on Saturday, January 8, 2022, at 2:35 am.  Marlyn's family and friends who miss him dearly rejoice over his home going.

Upon high school graduation (1947) at Plymouth, IL, Marlyn began working on the farm at Scott's Neighborhood that was owned and operated by his maternal grandparents, Iford and Ardelia Jones.  Then, in 1950, Marlyn and his best friends enlisted in the National Guard at Quincy, IL.  After basic training, Marlyn shipped out to Tokyo, Japan.  He returned to the States in 1953 and immediately invested in the family farm where he had worked.  He met Jeannette Ann Mayo and they were united in marriage on April 16, 1954.

As a newly married couple, Marlyn and Jeannette owned and operated their grain and livestock farm and raised a family, attended Scott's Church, and were part of a close-knit neighborhood.  Through the decades, they enjoyed farm life and the community of friends and neighbors who were always there supporting each other.  Upon Marlyn's retirement, he and Jeannette purchased a home in Plymouth, but the farm at Scott's Neighborhood remained his favorite place to spend time mowing or tinkering with an old tractor.  The old family farm situated in the beautiful valley just down the lane near Scott's Church was always in his blood.

Memorials may be made to Faith Fellowship Church of Tennessee or Scott's Cemetery.

Hamilton Funeral Home, Augusta, IL, is in charge of arrangements.  A private family celebration will be planned.

To order memorial trees or send flowers to the family in memory of Ralph Marlyn Wickert, please visit our flower store.
Send a Sympathy Card