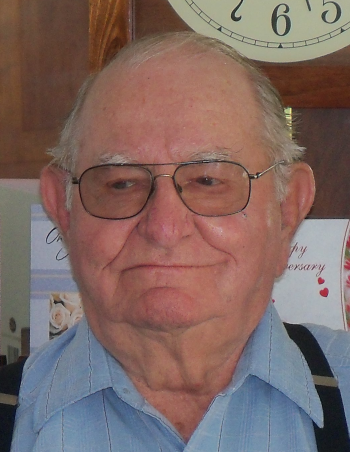 Norm attended schools in LaPrairie and Augusta.  He studied electronics at a technical school in  the Chicago area.  He served in the US Army from February 1952 until September 1953, fighting as an artillery gunner in the Korean War.

Norm spent his life farming and serving the farm community.  He farmed through the 1970’s and spent years after that delivering fuel to area farmers.  He was proud of his military service and was a member of several veterans groups, particularly the Golden American Legion Post 801 where he served the post of Adjutant for many years.  He enjoyed traveling and playing golf with Marta.

He was preceded in death by his wife Marta, his daughter-in-law Pam, and his grandson Dustin.

Funeral services will be held Tuesday morning at 11:00 a.m. at the Lummis Hamilton Funeral Home in Camp Point by Rev. Jeff Corson. Burial with military honors will follow in the Golden Community Cemetery.

Visitation will be held Tuesday morning from 10:00 a.m. until the time of services at the Lummis Hamilton Funeral Home in Camp Point.

Memorials may be made to Golden American Legion, Illinois Veterans Home Activity Fund, or the Disabled American Veterans.

Online condolences may be left at www.hamiltonfuneralhomes.net .

To order memorial trees or send flowers to the family in memory of Norman Janssen, please visit our flower store.
Send a Sympathy Card