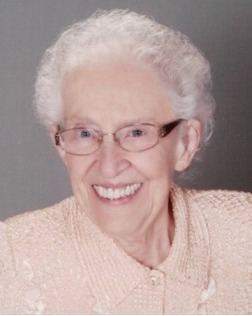 She was born on July 7, 1924, in Augusta, IL, to Francis and Rachel (Hecketsweiler) Weinberg.

Mary graduated from Augusta Community High School in 1941 and Western Illinois Teachers College (now Western Illinois University) in 1944. She married Henry (Hank) Hohe in January 1949, and they were blessed with the light of their lives, Sara Marie, on March 15, 1959.

She was preceded in death by her husband, daughter, brother, Frederick Weinberg, a sister-in-law, Iola Sapp Myers Weinberg, and a step-nephew, Larry Myers.

Mary was active in many professional, community, and social organizations. She was one of the founding members of the Alpha Sigma Alpha sorority at WIU. In the 1980s, she was instrumental in helping the LaGrange Presbyterian Church establish an economical shelter and transitional housing for the homeless.

Services will be held at 11:00 AM Friday, January 6, 2023, at the Living Faith United Methodist Church in Bowen, IL, with Pastor Sheri Renner officiating. Visitation will be held one hour prior to the time of services at the church. Cremation will be accorded following the services, and burial will be in Mount Auburn Memorial Park in Stickney, IL, at a later date. Memorials may be made to the Woodlawn Cemetery Association, Augusta Senior Citizens Center, Greater West Central Public Library District, or BEDS PLUS of LaGrange, IL.

To order memorial trees or send flowers to the family in memory of Mary W. Hohe, please visit our flower store.