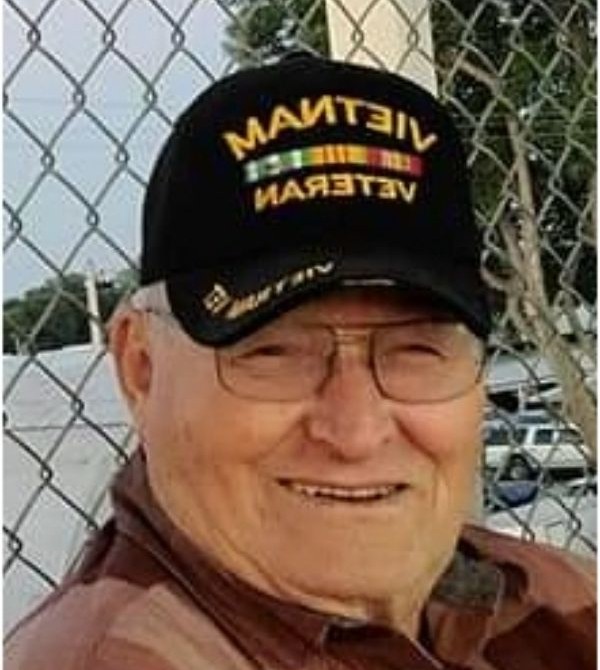 Lyle R. Forsythe, 77, of Camp Point, died at 12:32 p.m. Thursday, April 7, 2022, at Blessing Hospital in Quincy.
Born January 5, 1945, in Mt. Sterling, IL., Lyle was the son of Robert and Edna Gerdes Forsythe.  He married Gretchen Freeman on September 12, 1965, at the Rushville Methodist Church. She survives.
Lyle worked for 41 years as a forester foreman for Adams Electric Co-op. He was a founding board member of ABS Water Co-op and spent 21 years on the Camp Point Fire Department.  He was an active member of the Camp Point United Methodist Church for 54 years.
Lyle loved the outdoors and enjoyed fishing and hunting turkey, coyotes, and deer. He enjoyed traveling with his wife visiting every state in the union. Lyle had a great knowledge of history and also loved listening to music. His greatest joys came from the time he spent with his family, whom he dearly loved.
Survivors in addition to his wife are two children, Joe Forsythe (Cyndie), Rushville, IL., and Crystal Forsythe, Quincy; four grandchildren, Braden Forsythe, Ripley, Kenley Bevis, Pittsfield, Logan Spillman, Rushville, and Gabriel Forsythe, Quincy; two sisters, Nina Filer, Casper, WY, and Lois Jones (Norm), Nashville, TN.; an honorary brother, Merle Goudschaal (Connie), Clayton; and many loving nieces and nephews from the Freeman and Forsythe families.
He was preceded in death by his parents, his father and mother-in-law, Ken and Lea Freeman; and a brother-in-law, Gene Filer.
Visitation will be held Sunday, April 10, 2022, from 4:00 p.m. until 7:00 p.m. at the Camp Point United Methodist Church and Monday morning from 10:00 a.m. until the time of services at the church.
Funeral Services will be conducted at 11:00 a.m. Monday, April 11, 2022, at the Camp Point United Methodist Church by Rev. Jim Crozier. The family cordially invites you to join us for a meal after the funeral services. Burial with military honors will be at 2:00 p.m. at the Rushville City Cemetery.
Memorials may be made to the Jensen Camp Foundation for Jensen Woods Camp or Central Illinois Saddle Up for St. Jude's.
Online condolences may be left at www.hamiltonfuneralhomes.net.
The Lummis Hamilton Funeral Home in Camp Point is handling the arrangements.

To order memorial trees or send flowers to the family in memory of Lyle R Forsythe, please visit our flower store.
Send a Sympathy Card