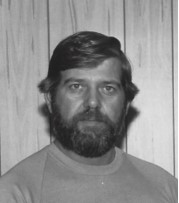 He was born on April 13, 1942 in Augusta, Iowa to Eugene and Mary Hinkle Reighard. He married Gloria Wayland on June 5, 1987 in Burlington, Iowa. She survives.

Larry was employed as a welder at J.I. Case Co in Burlington, Iowa until his retirement. He was a graduate of West Burlington High School and attended welding school in West Burling, Iowa. Larry was an avid outdoorsman and enjoyed hunting, fishing and racing.

He was preceded in death by his parents and a brother, Everett Reighard.

Cremation has been accorded. Services will be held at a later date.

The Hamilton Funeral Home in Augusta, Illinois is handling arrangements.

To order memorial trees or send flowers to the family in memory of Larry Reighard, please visit our flower store.
Send a Sympathy Card