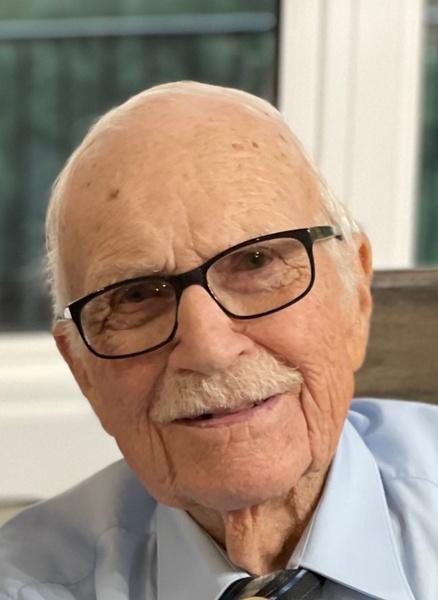 Born November 14, 1932, in Fowler, Harry was the son of Elmer and Nora Milliron Vonholt. He married Frances E. Coggeshall on August 28, 1952, in Quincy. She survives.

Mr. Vonholt was a member of the Clayton American Legion, where he served as Past Commander, as well as the current Adjutant. He was also a member of the Camp Point V.F.W., served as the Concord Township Clerk for 36 years, and was a former member of the Central School Board. He served his country in the U.S. Navy.

Harry was a member of the Clayton Christian Church. He worked his entire life as a grain and livestock farmer in Clayton. He also served the area as a Pioneer Seed dealer for 36 years.

He was preceded in death by his parents; and his brother, Norman Vonholt.

Funeral Services will be held Tuesday, July 19, 2022, at 10:00 a.m. at the Clayton Christian Church by Pastor Steve Surratt. Burial with military honors will follow at Howe Cemetery, Timewell, IL.

Visitation will be held Monday from 5:00 p.m. until 8:00 p.m. at the Clayton Christian Church.

Memorial contributions may be made to Clayton Christian Church or the Camp Point V.F.W.

To order memorial trees or send flowers to the family in memory of Harry E Vonholt, please visit our flower store.