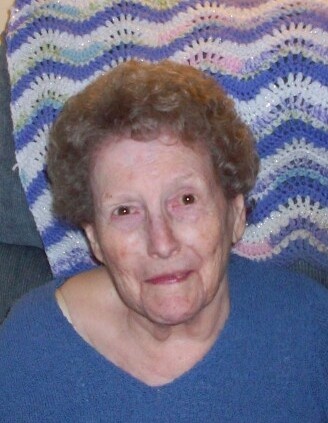 Frances  Genevieve Russell, 98, of St. Vincent's Home in Quincy, formerly of Camp Point, died at 4:18 p.m. Sunday, May 16, 2021, at Blessing Hospital in Quincy.
Born March 13, 1923, in Schuyler County, Illinois, Genevieve was a daughter of George Samuel and Goldie Violet Skiles Phillips. She married Woodrow Pershing Russell on June 6, 1941, in Milan, MO. He preceded her in death on April 25, 2003.
Mrs. Russell was a member of the Camp Point United Methodist Church.
She had been employed as a teacher's aide from 1959 until 1960 in the Chicago land area. She later worked at a retirement hotel in California from 1964 until 1966. After moving to the Camp Point area she was employed at Mississippi Valley Canteen and Host Room from November of 1966 until January 1988.
Survivors include her daughter, Goldie (Dennis "Denny") Musick, Coatsburg.
She was preceded in death by her husband; three adult brothers, William J. Phillips, George H. Phillips, and Vern D. Phillips, and two in infancy, Temple and Benny Loren; and her adult sister, Frederica Heaton, and one in infancy, Lenore.
Funeral services will be held Thursday afternoon at 2:00 p.m. at the Lummis Hamilton Funeral Home in Camp Point. Burial will follow at Evergreen Cemetery, Camp Point.
Visitation will be held Thursday afternoon from 1:00 p.m. until the time of services at the Lummis Hamilton Funeral Home in Camp Point.
Memorial contributions may be made to the Camp Point United Methodist Church or the American Heart Association.
Online condolences may be left at www.hamiltonfuneralhomes.net.

To order memorial trees or send flowers to the family in memory of Genevieve Russell, please visit our flower store.