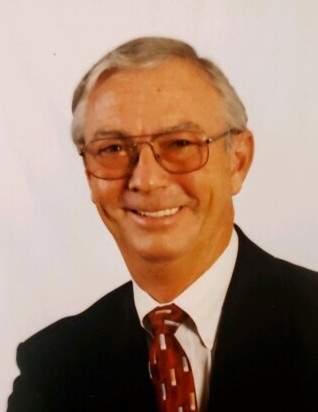 Gary attended Maplewood Grade School in Camp Point and was a 1963 graduate of Central High School. He continued his schooling at Culver Stockton College and Southern Illinois University, Carbondale.  He graduated from Worsham College of Mortuary Science in Chicago in 1966. After completing his education, Gary served his apprenticeship with the Donnellan Funeral Home in Chicago returning to Adams County in 1968.

Funeral Services will be held Tuesday at 10:00 a.m. at the Camp Point United Methodist Church by Rev. Sheri Renner. Burial will follow at Evergreen Cemetery in Camp Point.

Visitation will be held Monday from 4:00 p.m. until 7:00 p.m. at the Camp Point United Methodist Church.

Memorial contributions may be made to Brian and Mandy Hamilton for Brody Hamilton #BrodyStrong.

To order memorial trees or send flowers to the family in memory of Gary Hamilton, please visit our flower store.