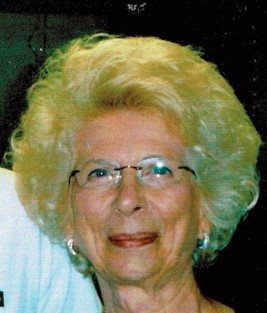 Doris was a 1950 graduate of Maplewood High School in Camp Point, IL and a graduate of the Gem City Beauty Academy in Quincy, IL. She first worked as a telephone operator for Illinois Bell Telephone in Quincy and Bowen, IL and later for Contel Telephone in Carthage, IL. She retired in 1994 from Methode Electronics in Carthage, IL. Doris was a past member of the Bowen Christian Church and was a current member of the Burnside Christian Church. She was an avid reader and enjoyed shopping, she had a wonderful sense of humor and enjoyed joking around with her family and friends.

She was preceded in death by a brother, Daryl L. McMahan, a brother-in-law, Ronald Cleven and numerous aunts, uncles and cousins.

Funeral services will be held at 2:00 pm Saturday March 27, 2021 at the Hamilton Funeral Home in Augusta, IL by Rev. Mark Nichols. Burial will be in Graymount cemetery in Coatsburg, IL. Visitation will be held from Noon until the time of services. Memorials may be made to Blessing Hospice, Hearts of Hancock County Humane Society or the Burnside Christian Church.

To order memorial trees or send flowers to the family in memory of Doris McMahan Waller, please visit our flower store.