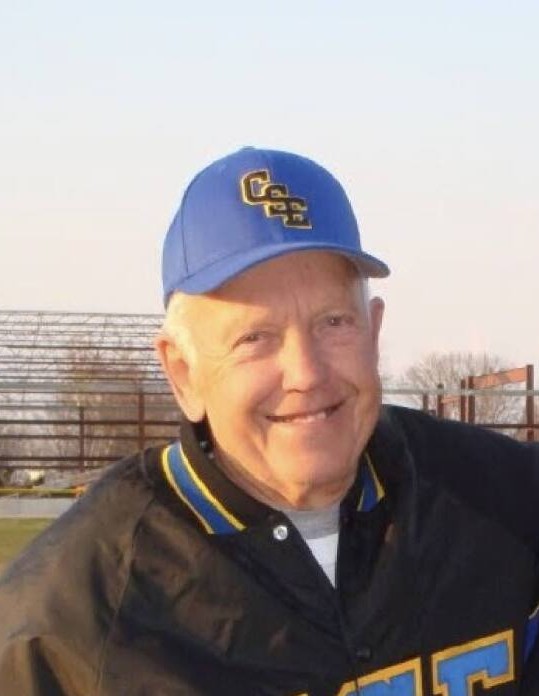 Swise was a graduate of Plymouth High School and Carthage College in Carthage, IL. Coach Swise started his teaching and coaching career at Plymouth High School in 1956 after serving his country with the United States Army in the Korean conflict. He coached at Plymouth and Southeastern schools for 63 years. As head baseball coach he had accumulated 950 wins making him the all time wins leader in Illinois history. He was inducted into the Illinois Baseball Hall of Fame in 2005. Even though he was most well known for his baseball accomplishments he was also a great teacher and mentor to many people. He had attended the Hill’s Grove United Methodist Church.

He was preceded in death by his daughter, Lisa Swisegood.

Due to the Covid-19 restrictions, private services will be held with Pastor Jim Clayton officiating but friends are encouraged to watch the service streaming at 10:00 am Thursday December 3, 2020 on the funeral home website at hamiltonfuneralhomes.net . Friends may view and sign the register book from noon to 7:00 pm on Wednesday with a limit of 10 people at a time in the funeral home. Please bring a mask and follow social distancing guidelines if you plan to attend. Burial with Military Honors will be held at Woodlawn cemetery in Augusta. Memorials contributions may be made to Southeastern Athletic Boosters or the Woodlawn Cemetery Association.

To order memorial trees or send flowers to the family in memory of David Swisegood, please visit our flower store.
Send a Sympathy Card