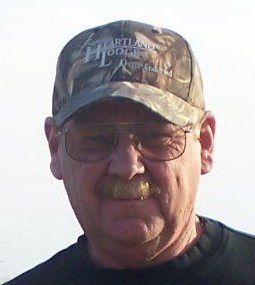 David K. Janssen, 64, of LaPrairie, died at 5:20 p.m. Thursday, March 24, 2022, at Golden Good Shepherd Home.
Born October 8, 1957, in Carthage, IL., David was a son of Norman and Marta Faulkner Janssen.  He married Pam Ihnen on February 23, 1996, at Immanuel Lutheran Church in Golden. She preceded him in death on July 3, 2020.
David was employed as a truck driver all of his life, most recently at Chem Gro in Bowen retiring in September of 2021.
He enjoyed spending time at the campground with his friends and cheering on his beloved Chicago Cubs.
Survivors include his son, Brandon (Tristan) Janssen, Golden; his granddaughter, Brianna Janssen, Golden; his great-granddaughter, Stella Hilwig, Golden; his brother, Randy Janssen (Beth Twiton), LaCrosse, WI.; and his nephew, Erik Janssen, New Brighton, MN.
He was preceded in death by his parents; his wife; and a son, Dustin Janssen.
Funeral Services will be conducted at 11:00 a.m. Tuesday, March 29 at the Lummis-Hamilton Funeral Home in Camp Point by Rev. Jeff Corson. Burial will follow at the Golden Community Cemetery.
Visitation will be held Tuesday morning from 10:00 a.m. until the time of services at the Lummis-Hamilton Funeral Home in Camp Point.
Memorial contributions may be made to Blessing Cancer Center or Siteman Cancer Center.
Online condolences may be left at www.hamiltonfuneralhomes.net.

To order memorial trees or send flowers to the family in memory of David K Janssen, please visit our flower store.
Send a Sympathy Card