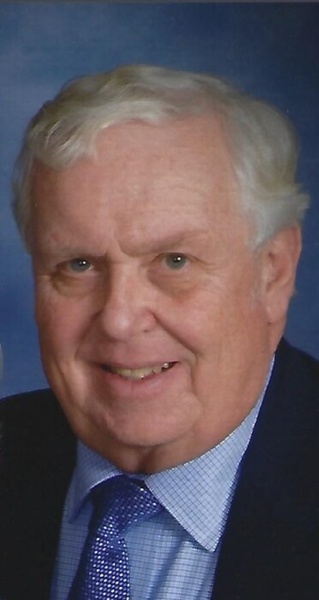 Daniel G. Buckley, 70, of Quincy, passed away at his home, surrounded by his loving family, on April 24, 2021 after a near year-long battle with pancreatic cancer.  Dan was born May 20, 1950, a son of Daniel J. and Marian O. (Bowen) Buckley.  His parents preceded him in death.  He married Elizabeth (Beth) Sickles on June 24, 1972 at the Camp Point United Methodist Church.  She survives him.

Dan graduated from Brown County High School in Mt. Sterling and went on to graduate with an Associate’s degree in Automotive Technology from VTI/SIU Carbondale.  He then received a Bachelor’s degree from Southern Illinois University at Carbondale in Career and Technical Education.  Mr. Buckley began his teaching career at Quincy High School in 1972, teaching Automotive Technology.  During his teaching career, he completed a Masters’ degree in Industrial Education from Northeast Missouri State University in Kirksville, MO.  All thirty five years of his teaching career were spent in Quincy Public Schools where he opened the Automotive Technology program at the Quincy Area Vocational Technical Center. Mr. Buckley was a finalist for two separate years in the Illinois State Teacher of the Year Award Program.  His students were often finalists in state automotive contests and one team competed in the national finals in Washington, D.C.  Many of Mr. Buckley’s students went on to build their careers as automotive technicians or to work in the automotive field.

Mr. Buckley was a past member of several career education groups, a board member for the Western Illinois School Employees Credit Union, serving once as president, a member of Vermont Street United Methodist Church, and a past president of The Quincy Optimist Club. He was an ASE Certified Technician for over 25 years. His hobbies included building and showing classic cars, with his favorite restoration being a 1957 Chevrolet convertible.  He and his wife attended many swap meets selling and buying classic Chevy car parts. He has passed on a legacy of love for cars to his three sons.  Watching his grandchildren race their soapbox derby cars in the Quincy Optimist Club Derby and taking his youngest granddaughter for a ride in one of his classic cars was a particular joy of his.  It didn’t matter to Dan if it was a Chevy, Ford, or Mopar, it was ultimately about the friendships that he formed through knowing the people who loved cars as much as he did. Hunting quail and pheasants with his hunting buddies and fishing with his family at the family farm were favorite pastimes as well. He belonged to a long-time card group where he formed wonderful, lasting friendships. Being with his wife, children, and grandchildren and spending winters in Arizona were some of his most treasured times.

Surviving, besides his wife, are three sons and three grandchildren:  Brian (Amy) Buckley and their children Andrew and Addie of Wildwood, Missouri, Todd Buckley (Blair Powell) of Quincy, and David (Meghan) Buckley, their daughter Hayley, and a grandson to be born in the fall, also of Quincy.  He is also survived by a sister, Bonnie (Jim) Bruce of Pittsfield, a brother-in-law, David Sickles (Glenda) of Iowa City, a step-sister, Patricia Rigor Eidson, a step-brother, Wayne Rigor, and several cherished nephews, nieces, and cousins.

Preceding Dan in death were his in-laws, Harold and Esther Sickles, his step-mother, Viola Rigor Buckley, and a sister-in-law, Jean Gerig-Sickles.

A heartfelt thank you goes to the Blessing Hospice Program for helping Dan and his family.  Hospice nurse, Keaton Zanger, has been a source of strength, knowledge, and comfort during this time and the family is so grateful for her help.

Arrangements are being handled by The Lummis-Hamilton Funeral Home in Camp Point. There will be a private graveside service for immediate family.  A celebration of life will be held at a future date.

Memorials may be made to Vermont Street United Methodist Church or the QHS Theater Department in care of Lummis Hamilton Funeral Home, PO Box 255, Camp Point, IL. 62320. Please include in the memo line:  Dan Buckley Memorial.

To order memorial trees or send flowers to the family in memory of Dan Buckley, please visit our flower store.