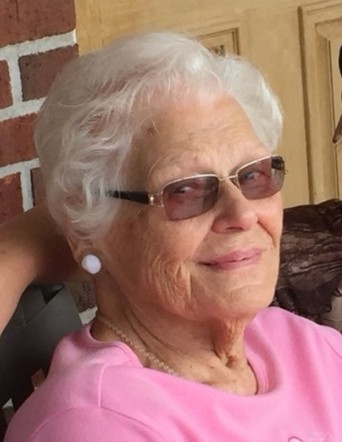 
Carlene E. Dralle, 95, of Golden Good Shepherd Home, formerly of Camp Point, died at 11:38 p.m. Sunday, May 23, 2021, at the home.
Born September 5, 1925, in Mendon, Carlene was the daughter of Elmer and Caroline "Carrie" Bastert Schafer. She married Wayne Dralle on September 3, 1950, at St. Peter's Lutheran Church in Coatsburg. He preceded her in death on January 25, 1972.
Following graduation, Carlene moved to the Chicago area where she worked on carburetors for fighter planes used during the war. Mrs. Dralle returned to the area and was employed at Miller's Restaurant from 1968 until 1970. She then worked as a cook at the Coatsburg Grade School and Central High School from 1970 until her retirement in 1995. She later became the co-owner and cook at Larry's Restaurant in Camp Point.
Carlene was a charter member of the Coatsburg Lioness Club and was named Lioness of the Year in 2009. She worked the concession stand at countless games at the Coatsburg ball diamond, had been a member of the Adams County Home Extension, and a volunteer with the American Red Cross assisting at many blood drives. Mrs. Dralle was a member of St. Peter's Lutheran Church in Coatsburg where she met her husband and was active in Ladies Aid and Sunday School.
Carlene was named Camp Point Citizen of the Year in 2006. She was well known for her cooking, especially her renowned cinnamon rolls, and always made the biscuits for the Lions Club annual whole hog day. She enjoyed playing pinochle, pitch, solitaire, dominoes, and eating out. She was a talented seamstress, sewing quilts for her children, grandchildren, and great-grandchildren, as well as the Lions Club raffles, and church senior graduations. She also sewed clothing for her children during their school years.
Survivors include her children; Cyndi Hunsaker (Ray), Quincy, Carol Philips, Quincy, Cheryl Logston (Jim), Belleville, IL., Brad Dralle (Jeannette), Coatsburg, and Bryan Dralle, Coatsburg; nine grandchildren; seventeen great-grandchildren; one great-great-grandchild with two more on the way.
She was preceded in death by her husband, Wayne; a great-granddaughter, Sabrina Steward; and two brothers, Robert and Russell Schafer.
Funeral services will be held Friday morning at 10:00 a.m. at St. Peter’s Lutheran Church in Coatsburg by Rev. Patricia Reep. Burial will follow at Quincy Memorial Park.
Visitation will be held Thursday evening from 4:00 p.m. until 7:00 p.m. at St. Peter’s Lutheran Church in Coatsburg.
Memorials may be made to St. Peter's Lutheran Church, LaSabre Indian School, or the American Cancer Society.
Online condolences may be left at www.hamiltonfuneralhomes.net
The Lummis Hamilton Funeral Home in Camp Point is handling the arrangements.

To order memorial trees or send flowers to the family in memory of Carlene Dralle, please visit our flower store.
Send a Sympathy Card