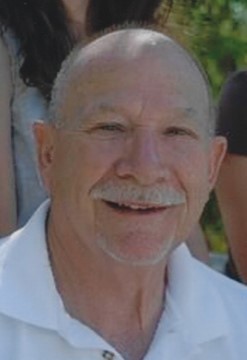 Bryan attended Mendon High School in Mendon, IL, graduating in 1955. He later graduated in accounting from Gem City Business College.  Bryan spent the next five years as a bookkeeper for Fox Ready-Mix Concrete in Galesburg, IL .Bryan then served in the Army at Ft. Leonard Wood in Waynesville, Missouri, from 1961-1963.When his military service ended, for several years he was employed by International Harvester in East Moline, IL.  In 1970, he moved to Augusta, IL ,to live and started the Lierly Insurance Agency. Many years later, and after selling the insurance business, Bryan was a truck driver, driving for Swift and Sharkey. When not on the road, he and his wife enjoyed remodeling houses to resell.

Bryan was a member of the First Baptist Church of Plymouth, IL.  He was a very compassionate man who was devoted to his wife especially during a long-term illness .Being a man of few words, Bryan was a good listener and was always ready to help his fellowman.

Preceding Bryan in death are his parents, two brothers, a sister, and Gail, his wife of 59 years who died in 2018.

The family appreciates the compassionate care that was received and wishes to express their deepest gratitude to the staff of Blessing Hospice.

Due to Covid restrictions, private graveside services will be held Saturday November 21, 2020 at Woodlawn cemetery in Augusta, IL with Pastor Jerry Taylor officiating. Friends may view and sign the register book from 1:00 to 3:00 pm Saturday at the Hamilton Funeral Home in Augusta. Please bring a mask and adhere to social distancing guidelines if you wish to attend. Memorial contributions may be made to the First Baptist Church of Plymouth.

To order memorial trees or send flowers to the family in memory of Bryan Lierly, please visit our flower store.
Send a Sympathy Card