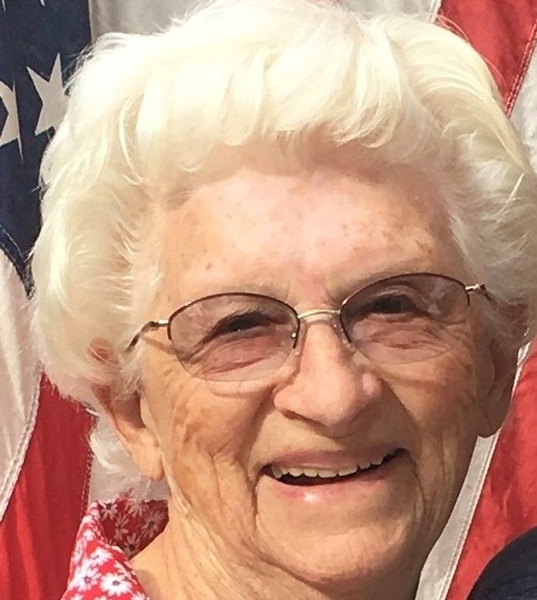 Mrs. Betty A. Widener, 91, lost her battle with heart disease on Monday, May 30, 2022 at Blessing Hospital in Quincy, IL.  At the time of her passing, she was surrounded by the love and support of her husband of 72 years, Edward, and children, Rodney and Teresa.

Betty was born November 19, 1930 in Camden, IL to George Kenneth Anderson and Voneta Unger Anderson. She was the eldest of three siblings, Glen Anderson of Rushville IL, who preceded her in death, and Sandra A. Harris of Burlington, IA.  She graduated from Augusta High School in 1948.  On September 10, 1949, Betty was united in marriage to Edward E. Widener at Reverend Joe Mason’s parsonage in Rushville, IL.

Betty and Eddie settled in Augusta where they raised their family:  Rodney was born July 2, 1951 and Teresa was born March 8, 1954.  She dedicated her life to making a loving home for her husband and children.  In addition to Betty’s homemaking skills, she was known for her work as a seamstress and dressmaker, and for her made-from-scratch egg noodles, which were renowned for being the best tasting noodles east of the Mississippi River. In 1973, she joined Eddie at the Augusta Farmers’ Co-Op as bookkeeper and accountant, where she remained until their retirement on June 30, 1993.  Betty enjoyed visiting her children and grandchildren at their homes in Boston MA, Chapel Hill NC, San Francisco CA, Ponca City OK, Houston TX, Anchorage AK, Cleveland OH and St. Louis MO.

Betty will be remembered for her sharp mind, quick wit and kind heart. Her home was the welcoming anchor for her family and, through the years, the Widener house in Augusta became the gathering place for her children, grandchildren, great-grandchildren, nieces and nephews, in-laws and a motley assortment of family dogs. Betty is survived by a large, joyous and ever-growing family: Son Rodney and daughter-in-law Deborah Stanley-Widener and daughter-in-law Denise Elchak Widener. Daughter Teresa Crossland and son-in-law Lyle Crossland.

In memoriam and in honor of Betty Widener’s full and truly wonderful life, the Widener family requests that donations be made in her name to the Round Prairie Cemetery in Birmingham Township IL or to the American Heart Association. There are no services planned at this time.

To order memorial trees or send flowers to the family in memory of Betty D Widener, please visit our flower store.