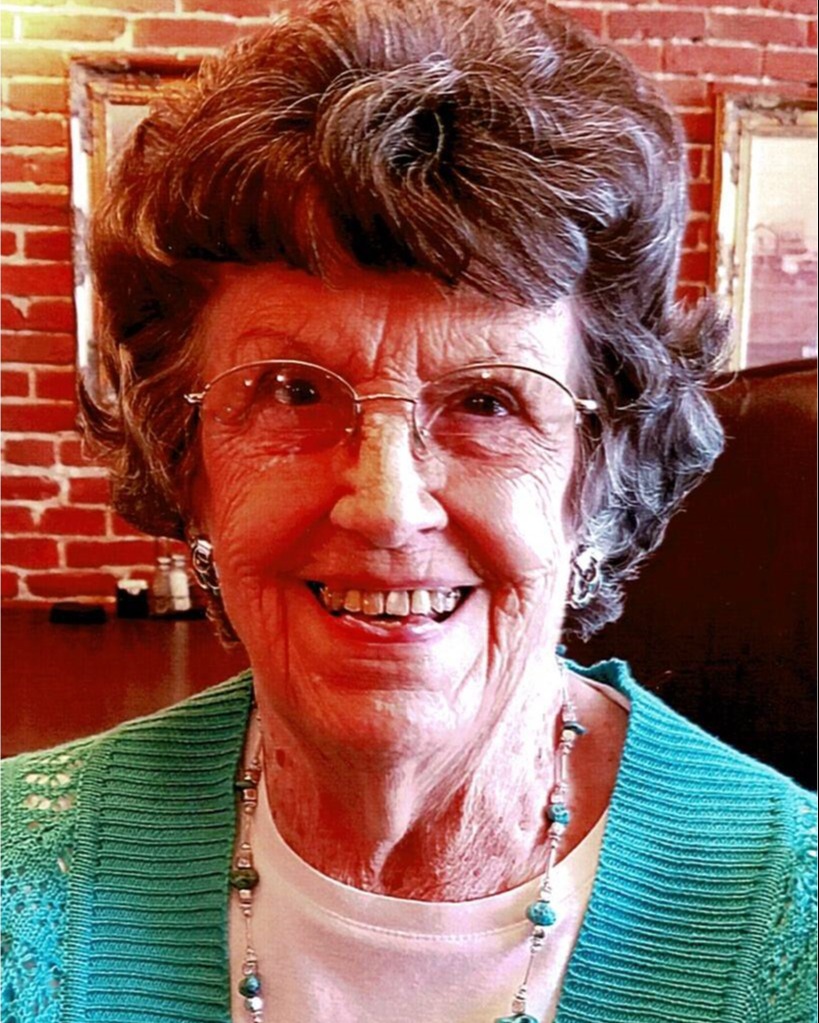 Anita M. Roy, 96, of Clayton, died at 7:41 p.m. Wednesday, January 4, 2023, at Memorial Hospital in Carthage, IL.
Born May 12, 1926, on the family farm northwest of Kellerville, Illinois, Anita was the daughter of Frank E. and Jessie F. Leapley Lierly. She married Maurice Z. Roy on June 22, 1947, at the First Christian Church in Quincy, IL. He preceded her in death on November 24, 2014.
Anita was a housewife all of her married life. She was a member of the Clayton Christian Church where she served as elder emeritus, served as a Sunday School teacher for many years, and was a member of the Christian Women Fellowship. Anita was a 1944 graduate of Clayton High School and a graduate of Gem City Business College. She had been a former member of the Adams County Democrat Women's Club in Quincy, IL., and the Busy Bee Club of Concord Township. Anita was honored to receive the Honorary Citizen of the Year at the Clayton Old Settlers.
Anita lived all of her life in Concord Township and was a survivor of the tornado of 1938, a story she was always willing to share. In her later years she was known affectionately as the "Queen of Concord Township". She enjoyed her flower garden, and in her younger years, gardening and canning. She was the matriarch of five generations, something she was extremely proud of.
Surviving are three daughters, Cheryl (Delmer) Schlueter, of Carthage, Nancy (Joe) Liesen, of Quincy, and Rebecca Barlow (Jim Kindhart), of Clayton; three grandchildren, Angie (Brent) Ufkes, of Carthage, David Schlueter, of Clayton, Jessie (Matt) Hill, of Mt. Sterling; six great-grandchildren, Ashley (Dillon) Darbyshire, of Carthage, Austin Ufkes, of Carthage, and Addison Ufkes, of Stillwater, OK., and Kate, June, and John Hill, of Mt. Sterling; five great great grandchildren, Holton, Owen, and Hadley Darbyshire, and Dayne and Decker Ufkes, of Carthage; and numerous nieces, nephews, cousins and friends.
She was preceded in death by her husband; her grandson, Clayton Barlow; her sister, Marjorie Hendricks; and two brothers, Earl Lierly and Elmo Lierly.
The family would like to thank the staff of Silver Maple Memory Care and Memorial Hospital for the caring and kindness shown during her stay.
Funeral Services will be held Sunday afternoon at 2:00 p.m. at the Clayton Christian Church by Rev. Ronald Graham. Burial will follow at South Side Cemetery, Clayton, Illinois.
Visitation will be held Sunday from 12:00 p.m. until the time of services at the Clayton Christian Church.
Memorials may be made to the Clayton Public Library; Clayton Christian Church; or the JWCC Clayton Barlow Nursing Scholarship.
Online condolences may be left at www.hamiltonfuneralhomes.net.
The Hamilton Funeral Home in Clayton is handling the arrangements.

To order memorial trees or send flowers to the family in memory of Anita M Roy, please visit our flower store.